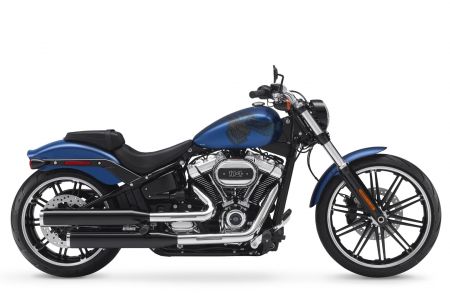 We’re returning to the grassroots passion that made the sport of motorcycling great by throwing parties for the people. Flat-track racing, hill climbs, beach racing, drag racing, street parties, bands, food and rides. We’re holding events in our hometown of Milwaukee, Wisconsin, and other locations around the world. All who love the freedom of two wheels are invited to join the celebration.

Here at Shaw's will be holding our launch event to celebrate the arrival of the new Softail range on the evening of the 28th September. Customers old and new along with fans of Harley-Davidson®are welcome to join our excited staff to view and talk about these fantastic new limited edition 115th Anniversary Harley-Davidson® motorcycles.

For more information on the Harley-Davidson® 2018 range of motorcycles, please call in or visit the at our dealership, or alternatively please visit Harley-Davidson®UK & Ireland